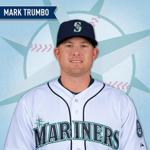 In 2002 Hank joined Team USA 14U coached by Jimmy Breslin, Mike Adams and Mike Spiers where they traveled to Dominican Republic winning a gold medal in the Santo Domingo Classic and then in 2003 the 14U Team traveled to Caracas, Venezuela winning a bronze medal in the Copabe Pan-American games. 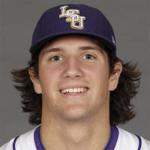 Last played for A+ Bakersfield Blaze

John joined Team USA 14U in 2003 coached by Jimmy Breslin, Mike Adams and Mike Spiers and traveled to Caracas, Venezuela winning a bronze medal in the Copabe Pan-American games. He was the anchor of the infield playing at both SS and 2B.

Last played for A Lexington Legends

Listed as no. 19 2B prospect in the 2010 Draft by baseballdraftreport.com

Ranked 76 in top prospects by baseball america in 2006

Made MLB debut in 2012 with the Chicago Cubs after several seasons in the Oakland Athletics AAA Sacramento River Cats affiliate team.

David was a freshman at Grand View Prep High School in Boca Raton Florida with Coach Jimmy B where they both assisted Grand View Prep to win its first district baseball championship. David also played for Coach Jimmy B on the Florida Pride Summer Showcase travel team and in the Junior Olympic Tournament. This 15U summer showcase team featured 7 players who all went on to play professional baseball, Chris Volstad, Wade Korpi, Dennis Raben, Chris Armstrong, Matt Sheely with Raben, Adams and Volstad all being selected in the top rounds.

David was coached and trained for many years by his father, Dale Adams, who was Jimmy's assistant at Grand View Prep. 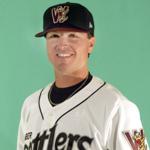